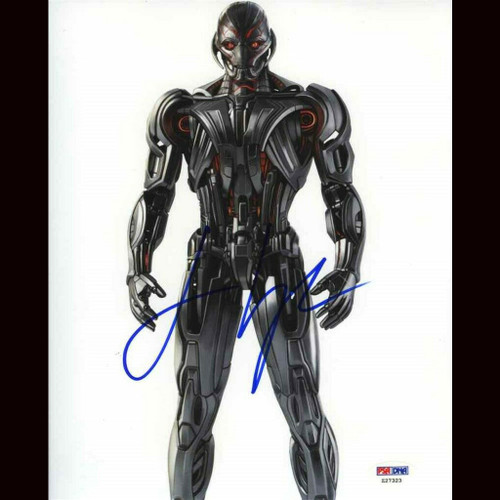 His television roles include those of attorney Alan Shore in the last season of The Practice (1997–2004) and its spin-off Boston Legal (2004–2008) (for which he won three Emmy Awards), and Robert California in the comedy-mockumentary The Office (2005–2013). He currently stars as high-profile criminal-turned-FBI-informant Raymond "Red" Reddington in the NBC crime drama The Blacklist (2013–present) for which he has earned two Golden Globe Award nominations.

A great shot from The Avengers: Age of Ultron as Ultron. Autographed in person 8x10 inch photo. This is 3rd party authenticated and will also include a COA with matching serial numbers from PSA/DNA Authentication, Inc. Certificate number- Z27323