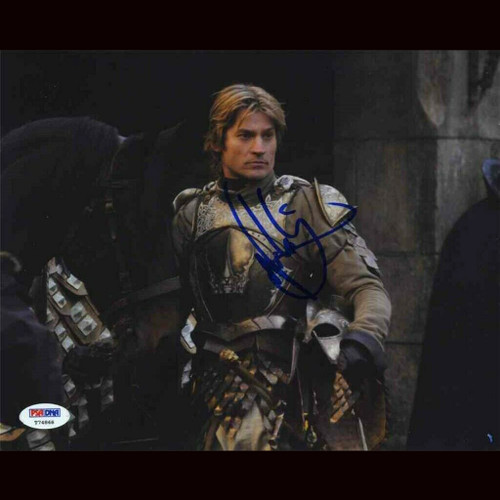 Nikolaj Coster-Waldau (Danish pronunciation: [ˈne̝koˌlɑjˀ ˈkʰʌstɐ ˈvæltɑw]; born 27 July 1970) is a Danish actor and producer. He graduated from the Danish National School of Performing Arts in Copenhagen in 1993. He became widely known for his role as Jaime Lannister in the HBO fantasy drama series Game of Thrones, for which he received two Primetime Emmy Award nominations for Outstanding Supporting Actor in a Drama Series. Coster-Waldau's breakthrough role in Denmark was in the film Nightwatch (1994).

Coster-Waldau has appeared in numerous films in his native Scandinavia and Europe, including Headhunters (2011) and A Thousand Times Good Night (2013). In the U.S, his debut film role was in the war film Black Hawk Down (2001), playing Medal of Honor recipient Gary Gordon. He then played a detective in the short-lived Fox television series New Amsterdam (2008), and appeared in the 2009 Fox television film Virtuality, originally intended as a pilot. He is a UNDP Goodwill Ambassador, drawing public attention to issues such as gender equality and climate change.

Excellent scene as Jamie Lannister from The Games of Thrones. Autographed in-person 8x10 inch photo. This is 3rd party authenticated and will also include a COA with matching serial numbers from PSA/DNA Authentication, Inc. Certificate number- T74868