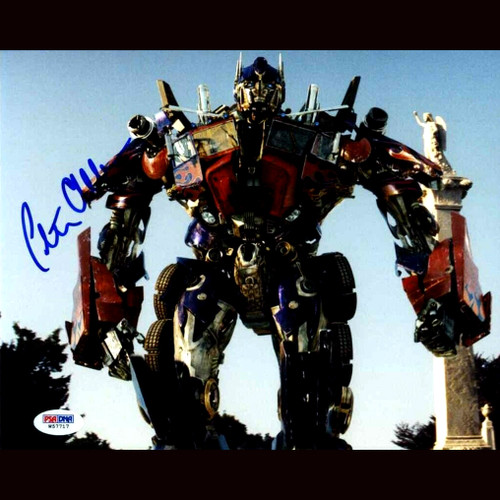 View Details
Peter Claver Cullen (born July 28, 1941) is a Canadian voice actor. He is best known as the voice of Optimus Prime in the original 1980s Transformers animated series, and most other incarnations of the character. He has also voiced many other characters across a wide variety of popular media, including Eeyore in the Winnie the Pooh franchise, Monterey Jack in Chip 'n Dale Rescue Rangers, the first voice of KARR in Knight Rider and the vocalizations of the title character in Predator. In 2007, Cullen returned to the role of Optimus Prime in Transformers media, starting with the first live-action film.
He voices Optimus Prime. Autographed in-person 8x10 inch photo. He is not common. This is 3rd party authenticated and will also include a COA with matching serial numbers from Beckett Authentication, Inc. Certificate number- F23790
×