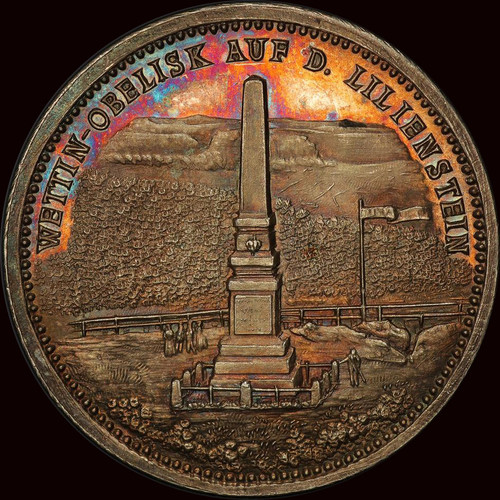 25.5mm. Struck to mark the erection of the Wettin obelisk at Lilienstein in Saxon Switzerland which, in turn, marked the 800th anniversary of the Wettin dynasty in Saxony. A very attractive, sharply struck with bold iridescent toning.

Saxon Switzerland is a district in the eastern Erzgebirge in Saxony, so named because of its resemblance to the Alps. We believe this is the first appearance of this medal in an American auction.